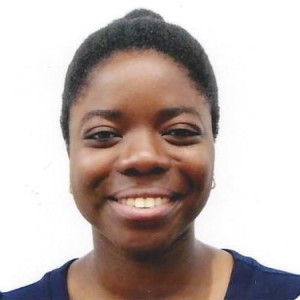 This award recipient exemplifies the criteria for the Bridge Builder Award through her various roles within the Honors College and the Division of Student Affairs, as well as through her academic program, ODASIS. They always take it upon themselves to act as a bridge for students who were experiencing great difficulties, especially those with marginalized identities. They have been a vocal advocate ensuring that the voices of students of color within every area of their involvement are heard. As an Alternative Break Site Leader, they made time throughout the weeklong service trip to care for the mental well-being of student participants, while navigating them through service projects with community organizations. As a student within ODASIS, they have mentored numerous other students within pre-med programs through the rigorous challenges of the program itself, and by connecting them to extracurricular involvement to help them balance out their candidacies for medical school applications. They have also served as a moderator for an open forum hosted by the Honors College, ad in partnership with the Division of Diversity, Inclusion, and Community Engagement, for students of color. They have actively led local service projects as a member of the Discovery Program team, and served as a Site Leader for three Scarlet Days of Service. This year, they stepped up those efforts even further forward when they co-chaired an event sponsored by Leadership & Experiential Learning. Last year, they brought a concern about the lack of identity-based leadership development programming within this area and wished to help reconcile that. From there, they helped to create the New Wave of Professionalism Fashion Show, which was a showcase of how professionals of color could weave their cultural identities into their attire in professional workspaces. As part of that initiative, they created ties to two student organizations (TWESE and F.A.C.E. Modeling Team), and hosted a panel of speakers of Rutgers alumni of color who were making their own adjustments to their professional fields. This event drew in over 150 attendees and received accolades from the audience for touching on subjects that were rarely discussed openly.