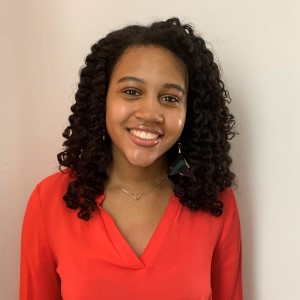 This award recipient is a Resident Assistant who became aware of the Newark water crisis and wanted to help support the cause. They worked with their Hall Director to run a water drive. They made flyers for the hall detailing when and how bottles of water as well as monetary donations would be collected and encouraged donations by saying the winning wing in the building would earn a party. They also did research on the water crisis and made informational flyers so residents could understand the level of impact they will have by contributing. They expanded the reach of the drive by extending it out to the rest of our campus of over 4,000 residents and even collaborated with the Office of Fraternity and Sorority Affairs. They were very passionate about the cause and wanted to collect 5,000-10,000 bottles of water. They worked to accurately detail the amount of bottles coming in as well as the money collected through Venmo and Cash App so more bottles of water could be purchased (another option given to help support this cause). After the water drive was finished, they doubled the goal and, after using the monetary donations to purchase water, about 20,000 bottles of water were donated! The organization who assisted in picking up the water and transporting it was astounded at the amount of water that was collected, since it far exceeded their expectations as well. The level of outreach, diligent record-keeping, and logistics of using the money to purchase the remaining water took several weeks. Besides being so successful and garnering support from hundreds of students and staff on campus, this program clearly was very intentionally designed.