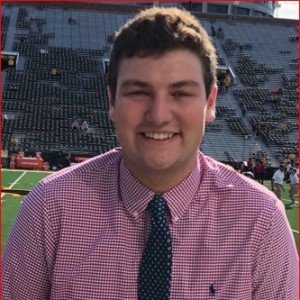 This recipient served as the general manager of WRSU – Rutgers student radio – for the 2019-2020 school year. They have incredible enthusiasm and spirit – not only for WRSU, but for Rutgers, and its Scarlet Knight athletic teams programs. In addition to being the top student in charge at WRSU, they are also a member of the Sports Department, having served as Sports Director in 2018-19. They are a top play-by-play announcer, but it’s more than just talent. They have an incredible enthusiasm for the teams, especially men’s basketball, during the extraordinary run they had this season. They grew up a fan of Rutgers, going to games with their father as a child. That excitement for RU athletics never left, and seemed to get stronger every time they were on the air at WRSU. They are truly willing to go above and beyond. While a big sports fan, they were also a unifier at the radio station, bringing together various departments, such as music and sports, so that everyone was on the same page. It is a key trait of a student General Manager, and not everyone can do so that easily. They did, as their enthusiasm for WRSU translated to a keen interest not only in the other departments, but in what they do, how they are run, and – most importantly – why they do the things they do.