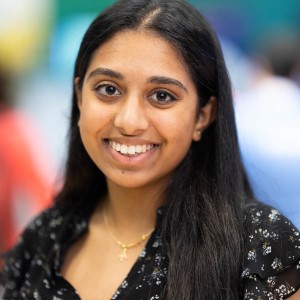 This recipient is a true leader. In the Rutgers community, they strive to reform, improve and expand initiatives through their involvement within computer science organizations, student government, and more. A member of the computer science community, they are a friendly face and frequent visitor of the CAVE – the undergraduate student hub/lounge for CS majors in the Hill Center for Busch Campus. They pay it forward by promoting gender diversity and inspiring women from all majors to excel in technology. This recipient provides a supportive community for members to create meaningful connections with like-minded women through Women in Computer Science. They have served as Treasurer and President, and was recently re-elected President for this upcoming academic year. When they joined the Executive Board their sophomore year, they completely revamped the club and Rutgers WiCS. The club now has roughly 12-15 social and academic events each month, and they have formulated partnerships with various tech companies. Members got to network with recruiters and attend talks with companies including Facebook, Google, Oracle, Datadog, Amazon, Microsoft and others. They grew membership from under 20 to over 200, and has helped provide job opportunities to students. Through organized seminars, mentorship programs, training workshops, tech incubators, and networking events, they are helping to empower the next generation of computer scientists. In addition, they direct both hackathons at Rutgers, HackRU and HackHERS. They are also on the Executive Board of the Mobile App Development club, and they guide others to learn how to code in app development languages. In addition to rebranding the club, creating and coordinating speaker events through the “How It’s Built” series, they teach the “Backend Development” track on a weekly basis. They also founded and serve as President of Blueprint, the first design club on campus. Within weeks of starting up, the club had over 60 consistent members who attend their popular “Learn to Build” series where they teach design thinking skills and hold weekly design nights. They also co-founded the annual Tech Involvement Fair and set up the Advisory Board for Computer Scientists, a council of student leaders in CS clubs so they can coordinate events to avoid conflicts, share resources, and collaborate on ways to improve the CS community at Rutgers. On top of this, they are the incoming Chair of the Rutgers Student Assembly Allocations Board. They are also actively involved with the service sorority, Omega Phi Alpha, serving various leadership roles in their chapter and on the national board. They do a great deal of work with the Honors Program as an ambassador and member of their advisory board. Not only are they president of several clubs, and an overall leader and mentor to those around them, but they are also a great teacher. They see the potential in clubs, communities, and peers, and stop at nothing to create initiatives and improve the way things are run and create an inclusive environment. They strive to provide each and every individual they encounters with the best Rutgers experience possible and embodies the spirit of Rutgers and our university pillars.