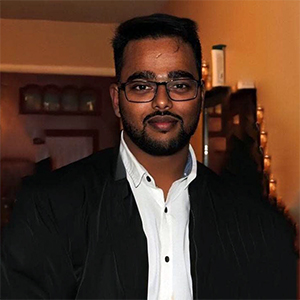 This award recipient has made significant contributions to the Rutgers University Community and to the greater Quidditch Community through their long-term participation in and dedication to the Rutgers University Quidditch team. Now a graduating senior, they have been President of the team since their sophomore year and have been a dedicated player since they first joined as a freshman. On the field, they are a strong and athletic player. However, they are just as dedicated to their own performance as they are to the rest of the team. They are not afraid to put in the time, effort, and dedication needed to build a strong, athletic team. They teach new teammates and old how to be better players in a way that inspires improvement and encourages growth. They created an environment where failing was part of learning and undue criticism and discouragement were not welcomed. This kind of supportive and welcoming environment is important for any sport, but especially for Quidditch, where teams are co-ed. Because of this, it is easy for the sport to foster a sexist environment. They made it a goal of their time as President to foster an environment where this kind of attitude was not tolerated. They made a concerted effort to train and include all players and always stressed the importance of teamwork. Through their time on the Quidditch team, with a supportive attitude at the forefront of their leadership, they have grown the team and created an exciting and welcoming environment that encourages team members to keep playing and recruit their friends. They have also planted the seeds for the team to continue to grow. Academically, they are a strong student. They are a double major in Public Health and Information Technology and Informatics. Even with a heavy credit load and working two jobs, they are able to spend dedicated amounts of time to the Quidditch Team, on and off the field, and have never missed a practice.