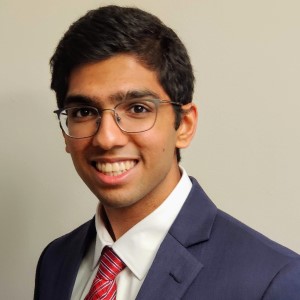 This award recipient has had a significant impact on several organizations during their time at Rutgers. Their most significant impact came during their time as President of the Quantitative Finance Club. After starting on the board in their sophomore spring, they have taken the professional and personal development of their peers to heart. This is most exemplified when they founded the Quant Challenge, Rutgers’ first electronic trading competition, and served as a student coach, competition judge, and professional mentor for all the contestants involved. When they accepted a full-time offer as a Quantitative Trader at SIG, they wanted to open this opportunity to younger students and worked with the company’s HR department to arrange a grand finale event at SIG’s headquarters in which researchers and traders judged the top three Quant Challenge teams. Prior to this event, they worked tirelessly with each of the teams to help prepare their presentations and ensured that each student was accounted for. In addition to this competition, they have led weekly club meetings and given short lectures about interview preparation, the quantitative finance industry, and interesting technical topics to the 50+ members of the club. As a freshman in the Engineering Honors Academy, they founded the Rutgers Competitive Programming club and led a team to the international ACM-ICPC competition, which Rutgers had not competed in for 10 years. The club has since flourished, and has sent teams to this prestigious competition every year since. Even as an upperclassmen, they have maintained a relationship with the Computer Science community by mentoring freshmen and helping them through difficult courses and the transition to college. They also had a tremendous impact on younger students as a counselor at the Governor’s School of Engineering and Technology in the summer of 2017. As part of this intensive 4-week program, they led two groups of students to conduct independent research projects, and helped enrich their experiences by teaching them about cryptography and the Enigma machine. Even three years after the program ended, they still regularly mentor several students, helping through their undergraduate journeys.