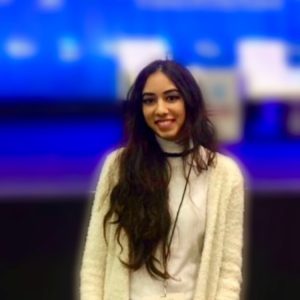 Through every action that they have done for the Rutgers Pre-Optometry Professions Society and more, they have always been concerned about the interests of others. By constantly acting selflessly through asking for feedback and worrying about the best solution for everybody, they have shown to be an effective leader of the club. Furthermore, through their initiative, if the semester had not moved online due to the pandemic, they would have been responsible for a famous event, Dining in the Dark, after four years of the event not occurring. The intent behind this event was not just meant to exemplify what it is like to go through a daily task without being able to see, but they were very adamant on having the event focus about the knowledge and support of the low vision community in general. Had the event occurred, they would have been responsible for an uplifting and motivational learning experience. They always worked out of the best interest for the club members, as well as the e-board, and worked hard to promote many events within the club out of interest for everybody. As a leader, they have left their mark on the organization, and now future members will be able to benefit off of their originality and leadership skills.